Morning all! We did not had a good night sleep last night, this thing was always wondering in me and my hubby's mind. We were amazed by the power of social media and how this blog became the topic for many photographers and brides to be (btb).


And i wana say "Thank you" for all the encouragements and offer to help. Its really nice to know that there are still so many kind souls out there. At the moment, we are still unsure what we want to do with those pictures, will definitely let you guys know if we need any help.


It is really not easy for us esp me to share our experience with everyone. It requires a lot of courage from myself. It's something embarrassing to me, i had planned everything nicely for my wedding, only to let everyone know i had engaged a bad vendor. And to some people out there, they will be saying you deserved this since you are paying peanuts you get monkeys... $600 what you expect? etc kind of comments which i had kinda expected... but still feel sad hearing this...


I just wana say this again, it's CC himself who lower down the price from 3k and offered $600 w/o post processing as a friendship price to us. We could had just taken the PG from our bridal studio at a $700 top up with post processing. The reason why we chose him was because we believe with his skill, knowledge and equipments he should be able to at least take proper decent pictures. We don't expect him to be very creative etc just proper normal pictures will be good for the price we were paying.


And 1 thing, he told me if any of my friends should ask about his price, tell them he's charging $200/hr.


Can you guys judge for me, the kind of pictures i had posted so far (worse ones coming up) consider proper normal acceptable pictures? Just because we paid $600, this is the kind of quality we should accept from a usual 3k PG? Just because we paid a lower price we don't get the usual standard? Double standard? And this was his 1st AD wedding shoot in Sg, we thought he will cherish the chance and use this opportunity to build up his local portfolio. Just because we paid $600 we should not expect too much... But can you tell me are we expecting too much? If you are in our shoes, can you accept these kind of pictures?


I think we can only blame ourselves for being so silly :( We really felt so cheated by him... take at look at those on his website and here? Will you believe its from the same person? 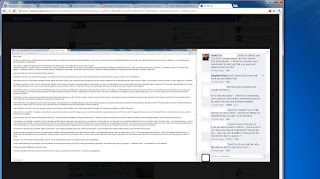 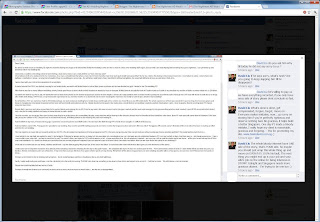 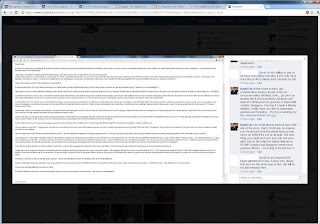 Some things i wana clarify:


This was what i posted in my very 1st post.


"We had a talk last Sat (7/7), we wanted to put an end to this matter as we felt, no point dragging as he really cannot deliver what he promised. We asked him, if he wanted to solve this problem among ourselves or legally, he asked us to settle it among ourselves. He said if we wana expose him online we can always go ahead and mention his name.


Since previously he promised that if he can't do a good job in post processing, we will get a Pro to do it and he will pay for it. He agreed readily. And also he agreed to compensate a reasonable amount to us (he initiated himself), but he will need to go back, consider the amount and let us know again his decision by Friday 13/7.
I received his call today 11/7, he told me he will not make any compensation and he already did what he should so if we wana sue him we can go ahead. He sounded so "ya-ya" on the phone! This was really my last straw! How can he leave his work unfinished and expect us to come out with our own $$$ to get another person to clean his "backside", thats totally irresponsible! Gave us some shabby works and expect us to accept it? It's your own fault that you failed in capturing proper pictures and you should do your best in trying to salvage the pictures, thats the least you can do."

We asked him if he wana solve it legally or settle it among ourselves.

He chose to settle it among ourselves.
So we let him suggest himself how he wana solve he problem.

This was what HE initiated, not us!
1) He said we can go ahead and expose him mention his names in forums etc

2) He said he will compensate the $ to get the PRO D.I to do the job, my ex colleague bf who was working as a D.I artist quoted me $25/pic and CC asked me to get him to email CC the quotation and no of pics he can salvage.

So we threw him a question, how much do u think to re-do a wedding will cost?

He himself calculated and said 30k. But we told him honestly we do not need so much.

and he suggested paying 15k but he will need to go back consider again and get back to us.

From the start of the conversation till end, we did NOT mentioned at all how much we want him to compensate. We let him decide himself. But we want him to get a Pro to do the editing at his own cost.

We are just unhappy that he did not appreciate our good will in giving him so many chances and he gave us shabby work after ruining our wedding. Shouldn't he feel guilty and try his best to salvage the photos for us? This is the least he can do... unless that was really his best work then i got nothing to say...then those works on his website are questionable??

To be very honest, we had no intention of accepting the 15k at all even if he's going to pay us. We felt bad to accept $ from him knowing his situation, I told him directly that day, we don't think we have the heart to accept this $.


All we wanted is at least say sorry and pay for a PRO to finish up this and close case. Its really very tiring to drag this matter for us and also him... Is it very hard to say the word Sorry to us??


Actually we just wana see how he's gonna handle this problem and his sincerity.

We actually wanted to let the matter rest even after he told us he's not going to pay a single cent, not even getting a pro to do the post processing for us. He went back on his words...went MIA again... No doubt we were angry when we heard that and he sounded so ya ya over the phone... he even challenged us to bring him to court.

After that we tried to call him but he never picked up our calls since then...
Do you think 15k can bring back those lost moments and happiness again for us? Things and feelings will never be the same again even if we re-act the whole wedding...
What triggered us to expose him was when we saw that he was bumping up his thread to sell his services in clubsnap on 18/7. We do not want anyone to be his next victim.

We gain nothing from exposing him, in fact the most heart warming thing were those words of encouragements from strangers and to know that there are really very nice people out there.

I even got "scolded" by my mum for posting those pictures out and letting the whole world know about this :( She said i gain nothing from this why should i do this? Why embarrass myself...

The most important thing is we had created awareness and warn others not to fall prey to such photographer. Its very important to pick the right photographer, $ can be earned back but lost moments can never be captured back again.

I believe there are many such cases out there but many couples will just let it go and that's it. We almost did too but i think we made the right decision to share our experience with everyone.


To CC friend David Liu, So you are saying if a photographer makes a mistake and ruined a couple's wedding, the couple should just forgive and forget and suffer in silence? So we are being wrong and unreasonable by exposing him and making a big fuss out of this? So we are ungracious sg citizens are you trying to say? (As what you said in FB, pic attached above)


And also yes now the whole internet is only my 1 sided story, but photos are the best proofs needless to say more. If need to i can always printscreen the FB/sms/watsapp conversations between us and CC and also post up the whole 1hr voice recording. We got nothing to hide and what we are stating are cold hard facts.


And he can always step out and defend himself. He was always online in clubsnap, should be checking out my hubby's thread there. How come he's keeping silence about this but can continue wishing his mentor happy bday in FB?


Oh ya, no need to thank me for promoting your site... people can judge themselves what kind of person you are and hopefully you do get some biz from my blog yeah. And hopefully your clients will be gracious and forgive you should you make any mistakes during their wedding.


Anyway, Stomp contacted us but at the moment we will not be sharing this on Stomp. And we told them not to publish until further notice.


I think i'm gonna kena shoot by some of the people out there again after posting this... But i do not want to hide anything...